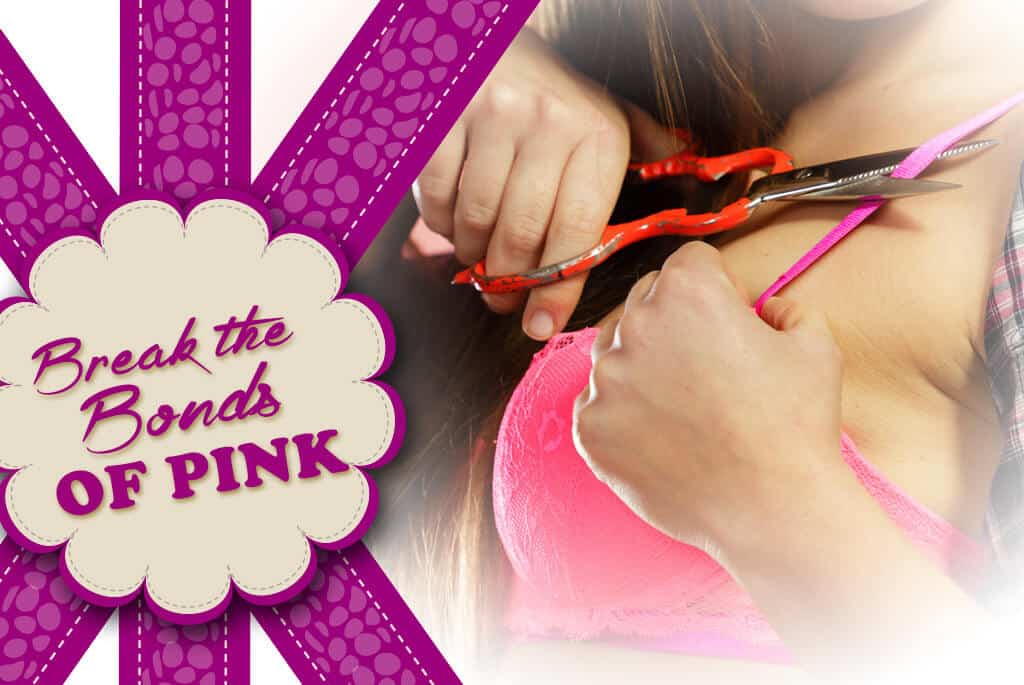 I’m not one to rant.  Well, that’s the first lie I’ve told here in the blog, I am one to rant, but it’s usually for a good cause.  And if not, I try to keep it to myself.  Crap, that’s lie #2.  I’m not always proud of it, how’s that?  Today, it’s about breast cancer awareness.  It’s possibly unwarranted, but I’ve never been a fan of Breast Cancer Awareness Month.  Like most things, it’s good in theory… and yes, I know it’s May, which probably makes it safer to post this now. :)

Sure, it’s great that NFL players wear pink – as do many others, but it almost seems like an industry.  There’s even a term for it, called “pinkwashing” and a watchdog group, Think Before You Pink.  They work on issues like a partnership between Susan G. Komen and KFC, the “Buckets for the Cure” campaign.  (They claim that putting pink ribbons on buckets full of unhealthy food only helps KFC’s bottom line…  sounds logical to me)

I also feel that we’re well into the “awareness” phase of the disease.  I think that most people in the US know that breast cancer exists.  I don’t seem to hear much more than it is breast cancer awareness month and to wear pink.  I think it’s time to move the conversation forward.  Can we rename it Breast Cancer Education Month?  And teach the public things like the biggest risk factors are gender (female) and age (growing older).  And that the 5-year survival rate at stage 0 and 1 are 100% and it drops from 72% to 22% between stage 3 and stage 4, so early detection is the key to survival.  For the average woman, a mammogram only takes 15-30 minutes and each breast is compressed for a few seconds of that time.  Women should have clinical breast exams at least every 3 years in their 20s and 30s and every year starting at 40, as well as mammograms at 40.  (All facts and suggestions courtesy of the American Cancer Society.)  I think this type of education would make more of a difference than just skating on pink ice during October.

They’re trying something different in my area and I’m intrigued.  For the month of May (not October!), many towns in Central NJ, including mine, are “Painting the Town Pink” in an effort to raise awareness of the importance of annual breast cancer screenings and to support The Pink Fund, raising money for mammograms for uninsured and underserved women in the community.  All of the literature is very clear – yearly exams are key and everyone needs one, not just those than can afford one.  I don’t know much about The Pink Fund or about its founder, Molly MacDonald, but I like that her approach is about education and that the Pink Fund has limited corporate partnerships.  I’m not endorsing them, I haven’t done research into their financials and although they are listed on Guidestar, I don’t know the meaning of the results.  But, if you’re beginning with the end in mind (Habit #2, I believe), it’s a good start.

So, I’m hoping that the takeaway here is that just because it’s pink doesn’t mean it’s really helping.  Breast Cancer Awareness is trendy.  But, sometimes being pink isn’t only to be on trend.  Do your research.  And spread the word. Early detection saves lives.   Everyone deserves access to early detection.  Do it for yourself, do it for the ones you love, do it for those that have loved ones.  Don’t just save the tatas, save the whole person, the whole family, the whole community, one mammogram at a time.

What are your feelings on breast cancer awareness/education?

What Could The Strap Saver And Wonder Woman Have In Common?